Blogging While Pregnant (and other hazards therein)

This learning curve is more of a right angle 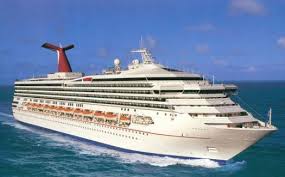 Choosing a name for our unborn child has been our topic of conversation as of late. And this feat has proved to be akin to choosing to embark on one of a thousand fancy looking Carnival Cruise liners but knowing that on some of those ships the toilets are going to stop working and the whole thing is going to smell like doo-doo; it’s just a matter of time. And then you have to try to figure out which ship everyone else is getting on because you don’t want it to be too crowded on the sun deck, but on the flip-side, being the only one chilling on your cruise ship is no fun either as it’s kinda hard to play bingo by yourself… I really need to stop with the drawn out analogies; yikes. Moral of the story is that there really is no right, or rather wrong, name, but the enormity of the decision has nearly paralyzed my poor pregnant mind.

I’m grateful we aren’t grappling with every name in the baby book, thanks to my husband’s Jewish culture. Judaism has a beautiful tradition of honoring a past life with the creation of a new. In keeping with this tradition, we will name our child after someone in our families who is no longer with us by using the first initial of their name. We get to give our baby not only a name but a legacy of the beautiful person after which he or she will be named.

After establishing the letters we were indeed going to use to bestow grace and good wishes upon the little snugglefish, we were all set for massive disagreement. Cue hours of “discussion” and a few (fine, a ton) of hormonal fits. Our home at times has entered into a state resembling the Cold War, only slightly less nuclear, and Lonnie only wishes he could rock spectacles Harry-Truman-style. Other than those things, pretty much exactly like the Cold War.

Maybe it’s the hormones, but I still don’t understand why “Waverly” is not a good option (our ultrasound tech literally laughed when we told her it was on the list), but plenty of tears were shed along the way to that decision… something about naming your child after a brand of curtains just isn’t sitting right with the hubster.

If you are also in the baby name market, you may have discovered nameberry.com. This is an awesomely overwhelming website.

Lonnie, being far more romantic than I on account of the fact that he possesses a human soul, wants to wait until our child is born to bestow a name. There’s also something about it being bad juju to name a child before it’s born (or perhaps more appropriately this would be bad “Jew-Jew”). So we will continue debating the virtues of different names until this baby makes an appearance. I can only hope in my postpartum hormonal drugged up state we choose the right cruise ship. And if the toilets stop working, well, there’s a whole ocean out there for that little mermaid, or merman, to use instead.